BHCC – The Light of Hope in Afghan Healthcare

Blossom Health Care Centre (BHCC) located in Kabul, Afghanistan is spreading its wings and is all set to revolutionise the Afghan healthcare sector.

BHCC is one of the premiere private hospitals of Afghanistan. Established in 2004 the hospital has now two branches in Kabul. The first branch has 30 beds with ICU and Surgery rooms. The new branch is housed in a multi storied building in a central location in Kabul.

Under the able guidance of Dr Mansoor Mulakhel, Director General of BHCC, the hospital has curved a niche for itself in Afghanistan as the most preferred wellness centre for international patients. Their Corporate client list is long which includes BBC, Democracy International, Pakistan and Spanish Embassies, UNICEF and many more.

The new BHCC will provide high end clinical and non clinical procedures so that the pre and post tertiary treatment phases are well addressed. “We are guided by ethics and are committed to serve mankind and our nation. Healthcare has become a commercial sector for most people but we are proud to stay committed to our values.” Says Dr Bahar Ahmed, Medical Director BHCC. Born in Laghman province in 1980 he finished his school in Nangarhar and graduated from Kabul Medical University in 2006 followed by Post Graduation in General Surgery.

BHCC scaled greater heights under his Directorship since 2013 partnering with various humanitarian activities in times of crisis namely earthquake, heavy snowfall and also providing education to under privileged children. 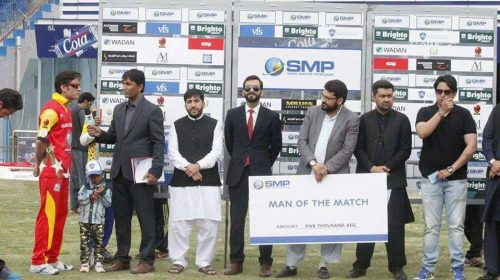 BHCC is the official health partners of Afghanistan Cricket Board.

Dr Bahar smiles as he recalls his experience during one of his visits to Panjsheeer. “It was a memorable experience for me. There was heavy snowfall in Panjsheer when we somehow managed to reach there by flights alongwith the Governor. The snowfall increased further and it became extremely difficult for us to access patients.  We had no access to telephones even as the signals were all snapped. I had gone there with a team of healthcare providers and medicines to treat patients. Due to bad weather we could not fly back or even contact our families to let them know where and how we were. More than 30 people were killed and there was huge loss of livestock too. There was no food either and we survived on dry bread. Thirty four hours later we got access to helicopter which flew in with supplies and more aid workers while we were simultaneously flown back to our base. It was an amazing experience. My family was worried naturally but they understood my commitment”. The sparkle in Dr Bahar’s eyes and the happiness in his smile speaks volumes not only about this outstanding human being and an amazing doctor but also about the ethics that BHCC stands for.

The Afghan healthcare sector has to undergo a sea change before it attains the desired standard. 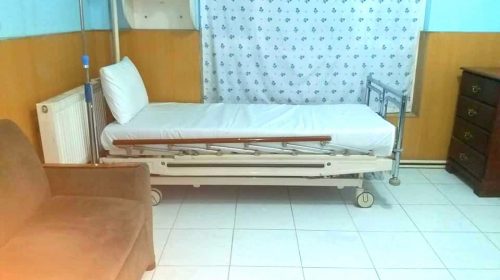 BHCC has pioneered the process already through tie ups  for upgradation, expansion and skill enhancement at all levels.  KUDOS to the  selfless efforts of Team BHCC and specially to Dr Bahar Ahmed.