e-cigarettes may still damage lungs , Even without nicotine

E-cigarette liquids sweetened with flavourings like vanilla and cinnamon may harm the lungs even when they don’t contain nicotine, a US study suggests.

Researchers examined what happened to monocytes, a type of white blood cell, upon exposure to flavouring chemicals used in popular e-cigarette liquids. None of the liquids contained nicotine, but the flavouring chemicals still appeared to increase biomarkers for inflammation and tissue damage, and many of them also caused cells to die.

“Nicotine-free e-liquids have generally been considered safe; however, the impact of flavouring chemicals, especially on immune cells, has not been widely researched,” Rahman said by email. “This study shows that even though flavouring compounds are considered safe for ingestion, it is not safe for inhalation.”

Big US tobacco companies are all developing e-cigarettes. 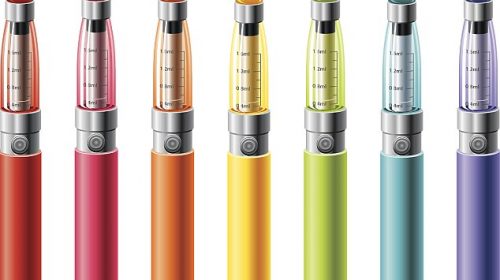 The battery-powered gadgets feature a glowing tip and a heating element that turns liquid nicotine and flavourings into a cloud of vapour that users inhale.

Even when e-liquids don’t contain nicotine, the lungs are still exposed to flavouring chemicals when the e-liquids are heated and the vapours are inhaled. Since the flavoring chemicals are considered safe to eat, e-cigarettes are often promoted as an alternative to traditional cigarettes, researchers note in Frontiers in Physiology.

When researchers exposed human lung cells to e-liquids in the laboratory, the cells increased their output of inflammation-related chemicals that can eventually lead to damage in the lungs.

Exposing cells to mixtures containing a variety of flavours appeared to cause a worse reaction than using a single flavour, the study found.

Among the single flavours, cinnamon and vanilla appeared the most toxic to the lung cells.

One limitation of the study is that the experiment didn’t involve people actually vaping and breathing in the e-liquids, the authors note. The study also doesn’t offer a complete picture of e-cigarette safety or address the potential for health problems to emerge after long-term use.

While more research is needed to better understand what happens to lung cells when people smoke e-cigarettes, the results suggest that e-liquids should be regulated and clearly labelled to list the mix of flavours used, the researchers conclude.

“It is expected that more complex mixtures or exposure at higher doses will have more adverse effects on isolated cells in the laboratory,” said Dr. Konstantinos Farsalinos, a researcher at the University of Patras-Greece and the National School of Public Health-Greece who wasn’t involved in the study.

While evidence to date suggests that e-cigarettes may be less harmful than smoking traditional cigarettes, it still make sense for users to pay attention to what’s in the e-liquids they’re inhaling, Farsalinos said by email.

“Whether pre-mixed or do-it-yourself liquids, it is the amount of flavorings that would determine the level of potential adverse effects,” Farsalinos added. “I expect simpler mixtures to be safer compared to more complex blends.”