Does cell phone radiation cause cancer? New studies show a correlation in lab rats, but the evidence may not resolve ongoing debates over causality or whether any effects arise in people.

The ionizing radiation given off by sources such as x-ray machines and the sun boosts cancer risk by shredding molecules in the body. But the non-ionizing radio-frequency (RF) radiation that cell phones and other wireless devices emit has just one known biological effect: an ability to heat tissue by exciting its molecules.

Still, evidence advanced by the studies shows prolonged exposure to even very low levels of RF radiation, perhaps by mechanisms other than heating that remain unknown, makes rats uniquely prone to a rare tumor called a schwannoma, which affects a type of neuron (or nerve cell) called a Schwann cell.

The studies are notable for their sizes. Researchers at the National Toxicology Program, a federal interagency group under the National Institutes of Health, tested 3,000 rats and mice of both sexes for two years—the largest investigation of RF radiation and cancer in rodents ever undertaken in the U.S. European investigators at the Ramazzini Institute in Italy were similarly ambitious; in their recent study they investigated RF effects in nearly 2,500 rats from the fetal stage until death. 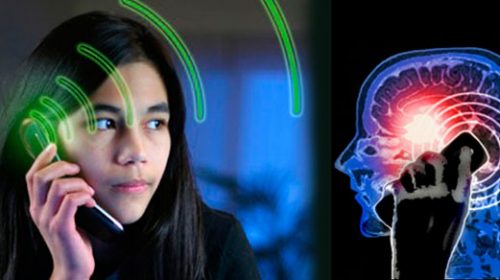 Also noteworthy is that the studies evaluated radiation exposures in different ways. The NTP looked at “near-field” exposures, which approximate how people are dosed while using cell phones. Ramazzini researchers looked at “far-field” exposures, which approximate the wireless RF radiation that bombards us from sources all around us, including wireless devices such as tablet and laptop computers. Yet they generated comparable results: Male rats in both studies (but not mice or female animals) developed schwannomas of the heart at statistically higher rates than control animals that were not exposed.

Taken together, the findings “confirm that RF radiation exposure has biological effects” in rats, some of them “relevant to carcinogenesis,” says Jon Samet, a professor of preventive medicine and dean of the Colorado School of Public Health, who did not participate in either study. Samet, however, cautioned the jury is still out as to whether wireless technology is similarly risky to people. Indeed, heart schwannomas are exceedingly rare in humans; only a handful of cases have ever been documented in the medical literature.

When turned on, cell phones and other wireless devices emit EF radiation continually, even if they are not being actively used, because they are always communicating with cell towers. The dose intensity tails off with increasing distance from the body, and reaches a maximum when the devices are used next to the head during phone calls or in front of the body during texting or tweeting.

Launched at the U.S. Food and Drug Administration’s request 10 years ago, the NTP study dosed rats and mice of both sexes with RF radiation at 1.5, 3 or 6 watts of radiation per kilogram of body weight, or W/kg. The lowest dose is about the same as the Federal Communications Commission’s limit for public exposure from cell phones, which is 1.6 watts W/kg. The animals were exposed nine hours a day for two years (about the average life span for a rat), and the exposures were cranked up steadily as the animals grew, so the absorbed doses per unit body weight remained constant over time.

Initially leaked in 2016, results from that $25-million study provided the most compelling evidence yet that RF energy may be linked to cancer in lab rodents. The strongest finding connected RF with heart schwannomas in male rats, but the researchers also reported elevated rates of lymphoma as well as cancers affecting the prostate, skin, lung, liver and brain in the exposed animals. Rates for those cancers increased as the doses got higher but the evidence linking them with cell phone radiation specifically was weak by comparison, and the researchers could not rule out that they might have increased for reasons other than RF exposure. Paradoxically, the radiation-treated animals also lived longer than the nonexposed controls. The study results were reviewed by a panel of outside experts during a three-day meeting that ended on March 28. They concluded there was “clear evidence” linking RF radiation with heart schwannomas and “some evidence” linking it to gliomas of the brain. It is now up to the NTP to either accept or reject the reviewer’s conclusions. A final report is expected within several months.

Limited to rats only, the Ramazzini study tested three doses expressed as the amount of radiation striking the animal’s bodies: either 5, 25 or 50 volts per meter. 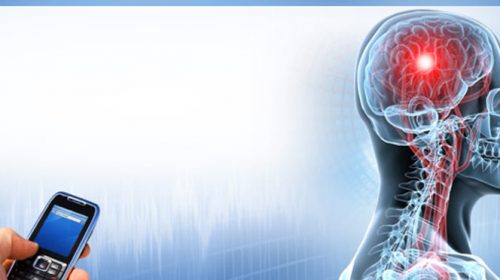 The exposure measures therefore differed from the absorbed doses calculated during the NTP study. But the Ramazzini scientists also converted their measures to W/kg, to show how the doses compared with RF limits for cell phones and cell towers set by the FCC and the International Commission on Non-Ionizing Radiation Protection; they ranged down to a 1,000 times lower. The exposures began when the rats were fetuses and continued for 19 hours a day until the animals died from natural causes.

As in the NTP study, Ramazzini investigators detected statistically elevated rates of heart schwannomas in male rats at the highest dose. They also had weaker findings linking RF exposure to cancer of glial cells in the brain, which were limited to females. Ronald Melnick, a retired NTP toxicologist who designed the NTP study, says a measure of consistency between the two studies is important, because “reproducibility in science increases our confidence in the observed results.”

Just why Schwann and glial cells appear to be targets of cell phone radiation is not clear. David Carpenter, a physician who directs the Institute for Health and the Environment at the University at Albany, S.U.N.Y., explained the purpose of these cells is to insulate nerve fibers throughout the body. These are electrical systems, so that may be some sort of factor, he wrote in an e-mail. “But this is only speculation.”

A few epidemiology studies have reported higher rates of tumors inside the skull among people who use cell phones heavily for 10 years or more. Of particular concern are benign Schwann cell tumors called acoustic neuromas, which affect nerve cells connecting the inner ear with structures inside the brain. These growths can in some instances progress to malignant cancer with time. But other studies have found no evidence of acoustic neuromas or brain tumors in heavy cell phone users.

Samet adds a major challenge now would be to draw a biologically relevant connection between acoustic neuromas and other glial tumors in the brains of humans with Schwann tumors in rat hearts. “The mechanism is uncertain,” he says. “There’s a lot of information we still need to fill in.”

Since 2011 RF radiation has been classified as a Group 2B “possible” human carcinogen by the International Agency on Cancer (IARC), an agency of the World Health Organization. Based on the new animal findings, and limited epidemiological evidence linking heavy and prolonged cell phone use with brain gliomas in humans, Fiorella Belpoggi, director of research at the Ramazzini Institute and the study’s lead author, says IARC should consider changing the RF radiation designation to a “probable” human carcinogen. Even if the hazard is low, billions of people are exposed, she says, alluding to the estimated number of wireless subscriptions worldwide. Véronique Terrasse, an IARC spokesperson, says a reevaluation may occur after the NTP delivers its final report.

Stephen Chanock, who directs the Division of Cancer Epidemiology and Genetics at the National Cancer Institute, remains skeptical, however. Cancer monitoring by the institute and other organizations has yet to show increasing numbers of brain tumors in the general population, he says. Tracking of benign brain tumors, such as acoustic neuromas, was initiated in 2004 by investigators at the institute’s Surveillance, Epidemiology and End Results program, which monitors and publishes statistics on cancer incidence rates. According to Chanock’s spokesperson, the acoustic neuroma data “haven’t accumulated to the point that we can say something meaningful about them.”

Asked if brain cancer’s long latency might explain why higher rates in the population have not appeared yet, Chanock says, “Cell phones have been around a long time. We are by no means dismissing the evidence, and the Ramazzini study raises interesting questions. But it has to be factored in with other reports, and this is still work in progress.”

Epidemiology studies investigating cell phone use patterns with human cancer risk have produced inconsistent results. Some studies enrolled people who already had tumors with suspected links to RF radiation, such as gliomas, acoustic neuromas and salivary gland tumors. Researchers compared the self-reported cell phone use habits of the cancer patients with those of other people who did not have the same diseases. Other studies enrolled people while they were still healthy, and then followed them over time to see if new cancer diagnoses tracked with how they used cell phones. All the epidemiology studies, however, have troubling limitations, including that enrolled subjects often do not report their cell phone use habits accurately on questionnaires.

In a February 2 statement, Jeffrey Shuren, director of the FDA’s Center for Devices and Radiological Health, wrote that despite the NTP study’s results, the combined evidence on RF exposure and human cancer—which by now amounts to hundreds of studies—has “given us confidence that the current safety limits for cell phone radiation remain acceptable for protecting the public health.” Chonock says that for him, evidence from the Ramazzini study does not alter that conclusion. “We continue to agree with the FDA statement,” he says.